Morbid! Woman embalms dead son with vodka and keeps him in basement

Like most parents, Tsiuri Kwaratskhelia from the Democratic Republic of Georgia wanted to keep her child close to her forever. But for her that meant taking things a bit too far. When her son Joni Bakaradze died in 1995 at the age of 22, Tsiuri had a hard time letting go.

In fact, she decided that she couldn't, and ended up keeping his corpse in a coffin in her basement for 22 years.

She preserved his body using balsam until a voice in a dream told her to start using vodka instead. Since then she has bathed her son's corpse with it every day: "You can't leave the body overnight without wrapping it or else it will turn black. For the first 10 years I changed his clothes on his birthday," explained Tsiuri. 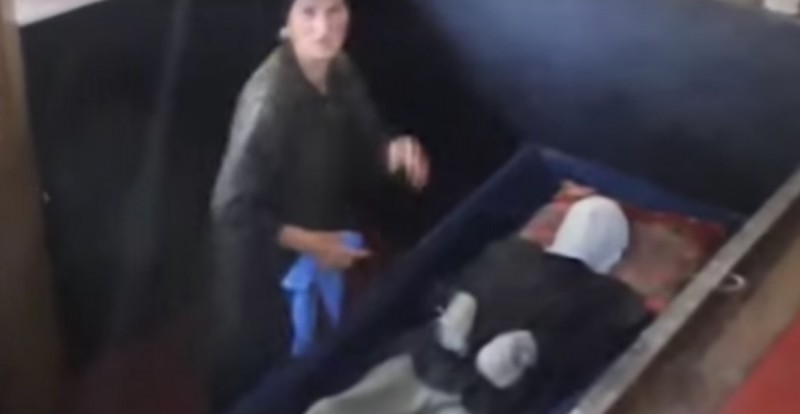 But over the years the mourning mother's health declined and she was no longer able to properly take care of her mummified son. She is, however, still determined to keep Joni at home for as long as possible. She believes this will help her grandchild remember him: "Joni wanted his son to see what kind of father he had," she says. "He was a good man."

You can watch this dedicated mother taking care of her deceased son in this video...

For Tsiuri Kwaratskhelia, death is just another part of life and she has refused to let it separate her from her beloved son. Despite how creepy it is, you have to admit that it's kind of touching too, to see such undying love.