Matthew Fray is a blogger who recently wrote a very revealing piece about himself that outlined all of the reasons his marriage failed. He focused on himself and listed all of the mistakes he made as a husband that led his wife to leave him and take their child with her. Matthew realized that a lot of the "small things" that he didn't think were important ended up having a bigger effect than he could have predicted. Unfortunately for him, this realization came too late... 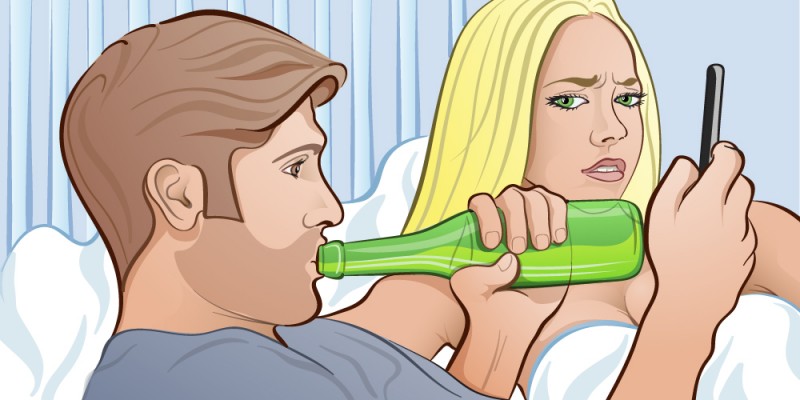 "I don’t know everything there is to know about marriage. I might not even know a lot. But I know one VERY important thing: I’m an asshole. And I was a shitty husband.

On Easter Sunday of this year, my wife took her ring off after nine years of marriage and informed me she was leaving.

It hurt. It took my breath away. It frightened me. 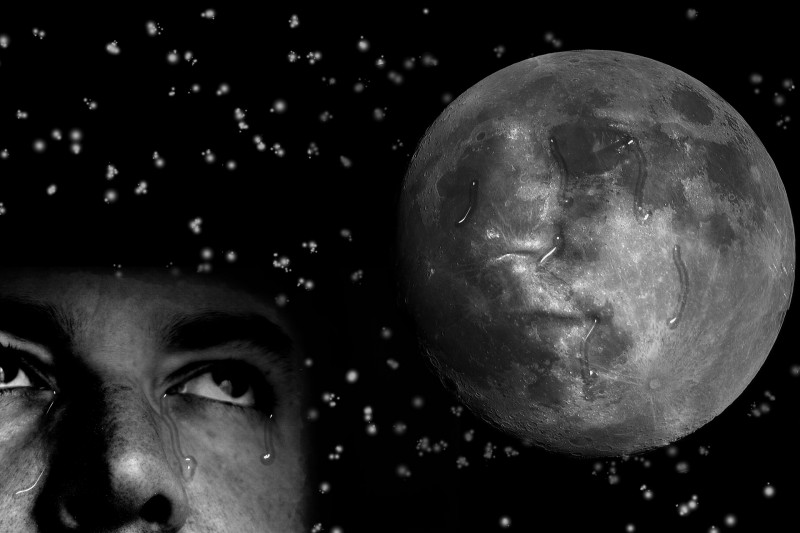 But I wasn’t shocked.

Because we (husbands) have an awful lot more control than we think we do.

And all of us – male and female – need to accept more responsibility than we do for our circumstances.

And that’s what I’m going to do now. Accept some responsibility.

The question on the table today is:

Had I been the husband I was supposed to be during the beginning and middle years of our marriage, would we ever have gotten to the point where my wife was looking elsewhere for inner peace and happiness?

She most definitely sucks for ending our relationship the way she did. She doesn’t get a free pass for that.

But this is where I have to take responsibility – at least part of it – for the position in which I find myself.

I was NOT a perfect husband.

I’m not even sure I was a good husband.

I loved her. I was kind to her. I wanted to make her happy and win her approval. I wanted to take care of her and provide for her. I went to work every day for her. She gave me purpose. I wanted to be with her forever.

But I was an asshole. A selfish one. And while I truly believe I redeemed myself during the final two years of our marriage, when I was growing and she was withdrawing, I was a shitty husband for the seven years prior. 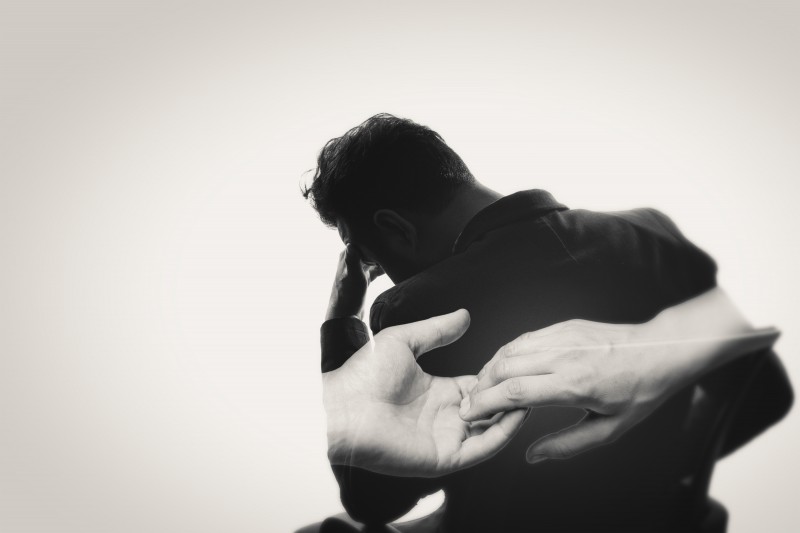 I didn’t know it at the time, but four years ago, a defining moment in my life happened during the Sunday final round of the Masters golf tournament – generally considered to be the most-popular golf tournament of the year by American golf fans.

Living in Ohio, that general time period around Easter and the Masters is when you can count on the weather to break and really give you some beautiful days.

My ex-wife absolutely loves being outside. She grew up in the country, and sitting inside on a beautiful day is not her idea of a good time.

So, inevitably, it was gorgeous outside during the final round of The Masters. Our son was not quite a year old. And my wife wanted us, as a family, to go enjoy the weather together. 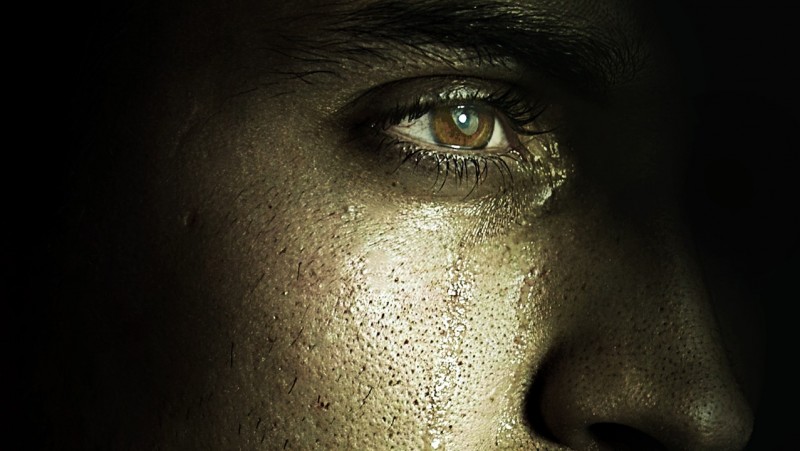 Go hike in the nearby national park.

Go to the zoo.

Go to a metro park trail.

But on that particular Sunday, without the benefit of failed-marriage hindsight? It sounded perfectly unreasonable.

Me: 'Babe. I’d really just like to watch my favorite golf tournament. This only happens once a year.'

Wife: 'I can’t believe you want to sit inside on a such a beautiful day. You don’t want to go do something nice as a family?'

Me: 'I don’t want to sit inside on a beautiful day – I kind of wish it was raining – and of course I want to do fun things together, but again, this golf tournament happens just one weekend a year. And that happens to be today. I’d like to watch it. I’m sorry.'

This all hit me a few months ago during the Masters. It was on TV at my house. But nobody was home. She’d already left. My son was gone. I was there. I was awake. But I wasn’t home.

I’m tempted to look up who even won the damn golf tournament this year. Because I truly can’t remember. Maybe Justin Rose or Adam Scott. But honestly, who cares?

I chose the Masters over a perfect Sunday afternoon with my wife and son.

And guess what, Guy Who Thinks That Sounds Perfectly Acceptable?

You’re an asshole. And a shitty husband. Just like me.

I committed marriage’s worst crime, after all the obvious stuff like cheating, and abuse, and the like.

I left my wife alone in our marriage.

It looks a lot like that Masters Sunday four years ago.

It’s what it looks like when she stays home on a Friday night to take care of the kids and do chores and watch Desperate Housewives alone on the couch while you’re out with the boys.

It’s what it looks like when she invites you to bed during Monday Night Football, but you’re too busy monitoring your fantasy football team to join her.

It’s what it looks like when she asks you to join her for a family function at the in-laws, and you decline so you can watch a movie at home alone, or sit around playing video games, or playing golf, or playing poker.

It’s what it looks like when you go to a party and you spend all of your time drinking and laughing with your friends, and never once squeezing her hand, or whispering in her ear how gorgeous she looks, or making eye contact from across the room and mouthing the words 'I love you.'

It’s what it looks like when you leave the hospital to get a good night’s sleep the day your son was born even though your wife is begging you to stay.

It’s what it looks like when you don’t acknowledge all of the many things she carries every day so that you don’t have to – managing schedules, and the household, and buying gifts for birthdays and weddings and graduations, and keeping the house clean, and a million other things I’m STILL too fucking dense to recognize even though I’m still picking up the pieces in my now-empty home.

The hardest lesson I’ve ever learned is that you can have all of the good intentions in the world. You can be kind. And charming. And willing to sacrifice.

And it can STILL break.

The road to hell is paved with good intentions.

I’ve heard that proverb my entire life and I never really knew what it meant until now.

You know, it’s funny. I could have just DVR’d the fucking Masters.

And you can too.

But gentlemen – we don’t have to be."

Matthew realized too late that all of those seemingly harmless mistakes had gradually eroded his once happy marriage. This letter is good advice for all men in relationships. The bottom line: don't take your partner for granted!