Lee Broadway from North Carolina was the proud mother of four children. She was born in Germany while her father was stationed there with the Air Force. When her family returned to the United States, Lee attended West Charlotte High School where she met Eric, the love of her life. The couple married a few years later and were leading a happy life until fate took a dark turn. On April 1, 2017, Lee began complaining of a headache.

Lee had suffered from headaches and migraines her whole life, but this time it was particularly bad. Eric took her to the hospital as quickly as possible while she writhed in pain in the seat beside him. It was obviously serious, but no one had any idea just how serious it was.

At the hospital, Lee was diagnosed with a brain aneurysm. Yet despite the pain, the doctors didn't consider her condition to be life-threatening and believed that an operation would solve the problem. Eric was relieved to hear this after waiting anxiously for hours to find out what was wrong with his wife. But his relief soon turned to devastation when he was told a few hours later that they had run into an unexpected complication — there was nothing more they could do for Lee. On April 3, two days after arriving at the hospital, Lee passed away.

Eric and their children, Adair (22), Averi (16), Alex (10), and Adrien (8), were left in shock. Lee's sudden death shook the family to its core — none of the children had been at home when Lee was taken to the hospital and they only found out later what had happened to her.

Lee only lived to the age of 41 and left behind a mourning family and many friends. But even after her death she is still doing good deeds — she donated her organs and they've been used to save many lives. Her passing has left a gaping hole in the lives of those who loved her, but knowing that she has made life better for many others will hopefully offer some consolation. 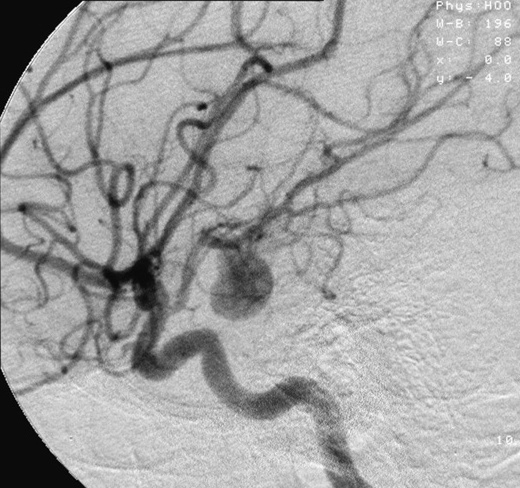 A brain aneurysm can happen to anyone. It is a condition caused when a blood vessel expands like a balloon and puts pressure on the surrounding brain tissue. This type of blood vessel expansion is not necessarily fatal and many live with it for many years without noticing. The danger arises when the aneurysm swells drastically or bursts.

If you notice the following symptoms, you should consult a doctor or go to the hospital:

Lee's tragic case will hopefully serve as a warning to keep a close eye on our loved ones even when they exhibit seemingly harmless symptoms.