Cody Wray is the father of a six-year-old boy called Dylan.

Cody noticed, at one point, that every morning Dylan woke up looking exhausted despite apparently getting a good night’s sleep. It seemed weird but he thought maybe it's just a thing that happens at Dylan’s age. Then, however, he decided to do something just to be sure.

Cody had installed a surveillance camera in the house to protect the family in case of a burglary. He figured it wouldn’t hurt to review the footage from the last few nights. As he was watching the video, he suddenly caught a silhouette moving on the screen. 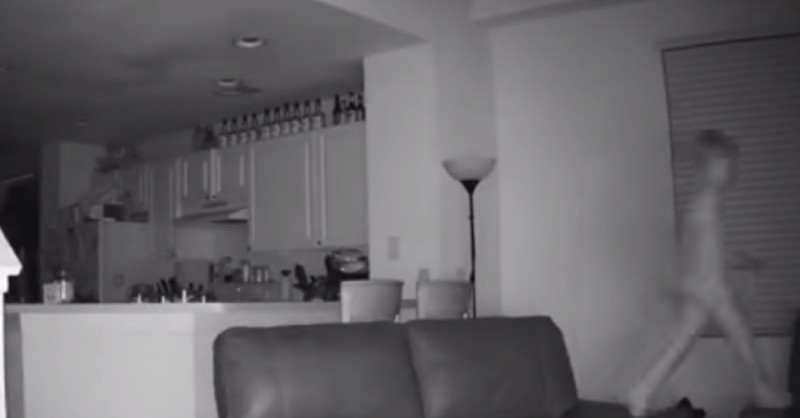 Looking closer he involuntarily shouted out loud: at 2 o’clock in the morning, Dylan appeared in the living room footage. He was acting a little strange. He climbed all over the furniture, did cartwheels and somersaults across the room, went in and out until finally disappearing back to bed. So this little guy had been waking up at night to do everything he wasn’t allowed to do during the day!

Here’s the tape from the surveillance camera:

The little boy seems to be having a great time. What a bundle of energy! When no one’s watching, he gets creative, doing just what he wants in the most natural way. It might make you want to climb on the couch or turn a cartwheel yourself!