Tammy Gonzales from Miami was in her 17th week of pregnancy when the doctors discovered something unusual on her ultrasound: it looked as though the unborn baby was blowing a bubble from its mouth. The peach-sized form, however, was a teratoma, a very rare type of tumor which is comprised of different kinds of tissue. The doctors advised her to terminate the pregnancy early, otherwise there would be a very high risk of miscarriage. There was one other option however: an endoscopic operation to remove the tumor while the unborn baby is still in the mother's womb. This type of operation had never been attempted before.

Tammy Gonzalez had an ultrasound and saw what appeared to be her daughter blowing a bubble. It was an oral teratoma. pic.twitter.com/2o3KlLDS

But Tammy wanted to do anything she could to bring a healthy child into the world. Two weeks later the surgeons performed the procedure with Tammy remaining conscious throughout: through a tiny cut in her stomach, the medical team inserted a tiny camera and removed the tumour from the cleft palate of her unborn child with a laser. Five months later, Tammy's healthy daughter Leyna was born! 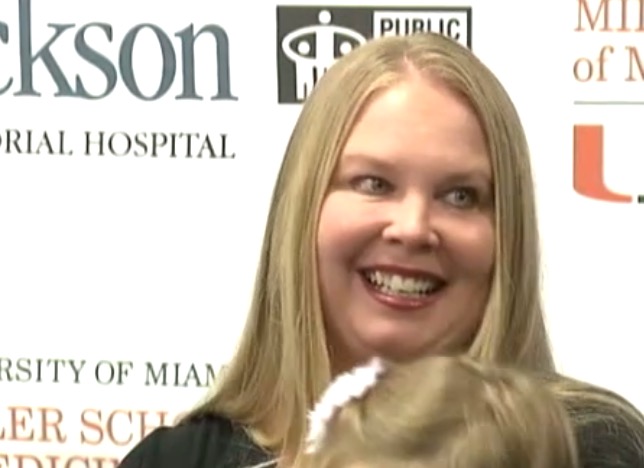 Tammy couldn't be more thankful to the surgeons that successfully performed this experimental operation. Leyna has since become a lively child and you wouldn't realize she'd experienced something so dramatic before she was even born. "She's doing wonderfully," said Tammy. "She only has a small scar on the roof of her mouth. She talks, she drinks. She is my little wonder child!" 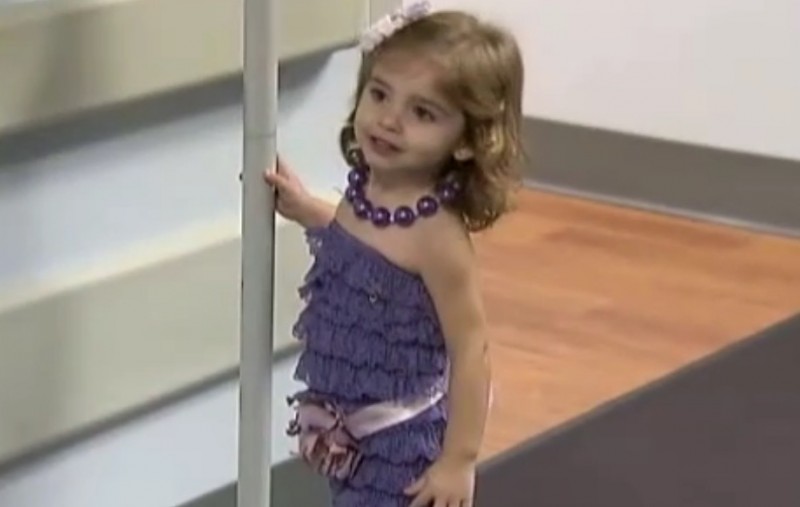 You can find out more about Tammy and Leyna in this video:

The birth of a happy, healthy child — what a beautiful ending to the story. Other than a tiny scar, Leyna has no damage or disability from her operation. If you were also moved by this story of the unusual ultrasound, then share it will all of your friends!